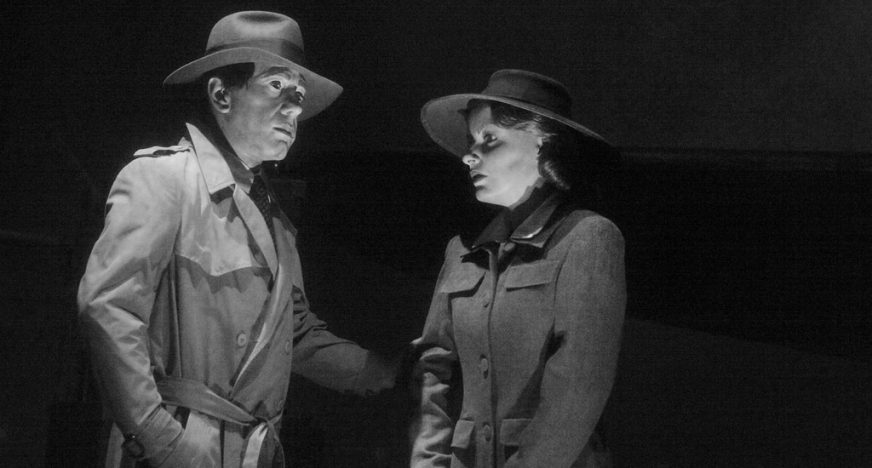 Everyone from Harrison Ford to Audrey Hepburn has helped make wet weather gear fashionable. In fact, it’s probably one of the reasons you can still buy bright yellow raincoats in high street shops today.

Top of our list, and for good reason too.

Blade Runner sees the traditional noir detective and femme fatal thrown into a post-apocalyptic world – one ravaged by global warming, replicants, and corporate greed on an entirely new scale.

Nowhere is this more evident than in the film’s costumes. Check out Deckard and Rachel in their 1940s get up (trench coat in tow).

The release of Jurassic Park (1993) saw a sharp rise in the number of students applying to study palaeontology at universities. And it’s not just thanks to man-hunk Jeff Goldblum.

Sure, there’s Spielberg’s mastery of dinosaur puppetry and some of the best one-liners in film history (“Just think of it as kind of a big cow”). But Jurassic Park also made bone digging, popular science, and bright yellow rain gear seem outrageously cool to a new generation of young people.

It’s probably the most iconic scene from 1940s cinema.

It has all the tell-tale signs of film noir: moody lighting, razor sharp dialogue, and more trench coats than you can shake a whisky sour at.

The climatic scene of Breakfast at Tiffany’s.

Proving that even when soaking wet, carrying a sodden cat, and hanging out near bins, Audrey Hepburn still manages to remain gorgeous.

Yet that isn’t the only film that’s worth mentioning featuring Audrey Hepburn.

In Funny Face, the leading lady stars in a musical number all about the discovery of New York’s new ‘It’ supermodel. No guesses who plays the model here.

Looking as stylish as ever, Audrey is instantly recognisable as Jo Stockton – wearing a 50’s-style trench coat and cigarette pants. 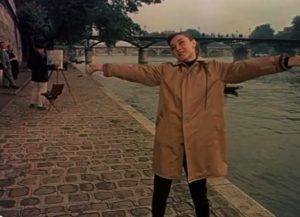 We couldn’t possibly talk about overalls and not mention Gene Kelly in Singin’ in The Rain.

Maybe not the coolest example of rain gear… But definitely one of the most iconic.