A fishy tale, or are you telling Porkies? – Did this New Zealand fisherman really catch a pig at sea? 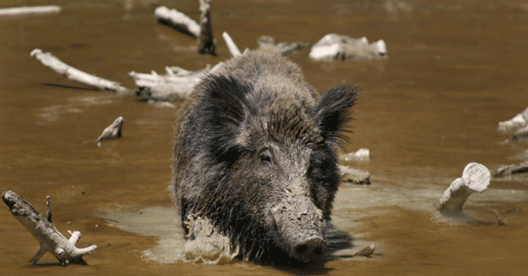 A New Zealand fisherman has told of his bewilderment at snagging a 63kg wild boar while out at sea last Saturday (July 4th). Glen Dobbs of Aukland and a friend were out fishing as part of the Bounty Hunter Fishing Tournament when their 15-foot fishing boat hit the boar, which was still alive.

The pair struggled to haul the stricken animal on-board but after doing so were forced to put the beast out of its misery given the injuries that it had already sustained. 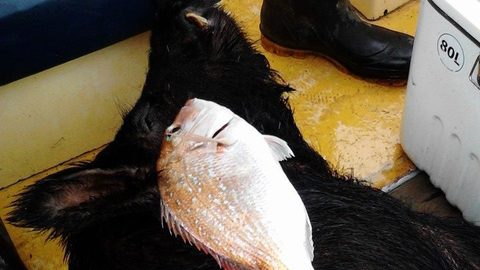 The boar after the fishermen humanely put it out of its misery. Picture from Facebook.

Glen told the New Zealand Herald: “I’ve been fishing heaps and I’ve never seen anything like it.

“As soon as we gutted it and chucked all of that over, heaps of sharks came around and that was the end of the fishing.

“We put up with the smell for a couple of hours, and in the end, I said, mate, we’ve got to chuck the rest over.”

By the following Monday, pictures of the beast had gone viral on social media, mainly due to the confusion of how a wild boar – naturally strong swimmers – came to be found alive so far out at sea. One Coromandel local, pig hunter Mock Johnstone explained to local press his theory:

“It happens now and again – if they are being chased by hunters, at odd times they’ll take to the water and swim for their lives.

“We actually chased one once at Te Kouma Harbour in Coromandel, and it jumped in one side and swam right across the harbour, for about half a mile, and got out of the water on the other side.”

Local spearfisher Darren Shields claimed to have once seen one around half a kilometre off the coast of Whitianga.

“It had just drowned and was obviously worn out … it was floating, it had a few dog bites on its legs and must have only just died,” he said.

“It was not a common occurrence but it wasn’t unusual that it happened every now and then – I remember a guy got a big boar once out off there, it was about 180 pounds and it was a long, long way out to sea.”

What’s the weirdest thing you’ve ever pulled on deck?