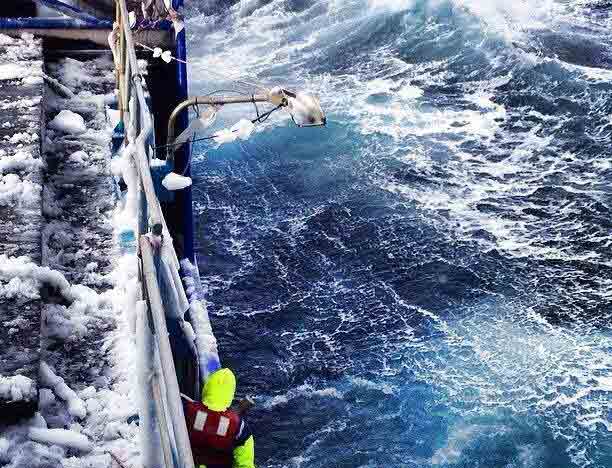 The team at Stormline is delighted to celebrate our 50th birthday, meaning we’ve been supporting the world’s commercial fishing industry for over 5o years now – straight from Invercargill, New Zealand.

It’s been a true family affair – now in its third generation – since our business was founded in 1966 by George McMillan. After taking over from his father, the current Managing Director, Graeme McMillan realised that New Zealand’s fishing industry was quickly evolving. Things weren’t just getting more competitive. Fishermen needed tougher equipment too, and that included durable heavy gear and waterproofs too.

In the 1960s and ’70s, Stormline originally supplied Wool based clothing to New Zealand’s farming industry. Made to withstand tough conditions, George and his son Graeme then branched out and focused their efforts on wet weather gear for people who loved the outdoors. Woollen materials soon gave way to PVC and oilskins – and it’s still part of our heritage today. In fact, it’s one of the reasons Stormline is still popular with hikers, campers and adventurists across the world.

But soon it was obvious that New Zealand’s fishing industry needed support too.

The market was deregulated and manufacturing became an increasing struggle. Businesses struggled to adapt to rising costs, but fortunately the team at Stormline had an idea. Rather than focusing primarily on the agricultural industry, we turned our eyes to the commercial fishing market.

During the 1980s, New Zealand’s fishing industry became a world-leader in high-quality products. Kiwi companies were carrying out more commercial fishing than ever before, and it meant that there was a new demand for commercial fishing gear too. So that’s what we set out to do. We launched new products, new ranges of clothing, and we succeeded in winning international acclaim for our gear.

But we like to think we’ve stuck to our roots. We’re still making products right here in New Zealand. And we’re still a family business. We are experiencing greater than ever demand worldwide with our wet weather gear for fishing now worn from the Antarctic to the Arctic and everywhere in between. We now have the third generation of the family, Sales Director, Regan McMillan, based in London as part of our international business team. However, he still manages to return to Invercargill – helping to support our local community and continue to contribute to the production of Stormline clothing.

In a way, we’ve gone full circle since our beginning in 1966. We started with commercial fishing gear – branched out into agriculture and the great outdoors – and returned again with a renewed focus and determination. Being agile and innovative has helped us over the last 50 years and we hope it’ll stay that way for the next 50 years.