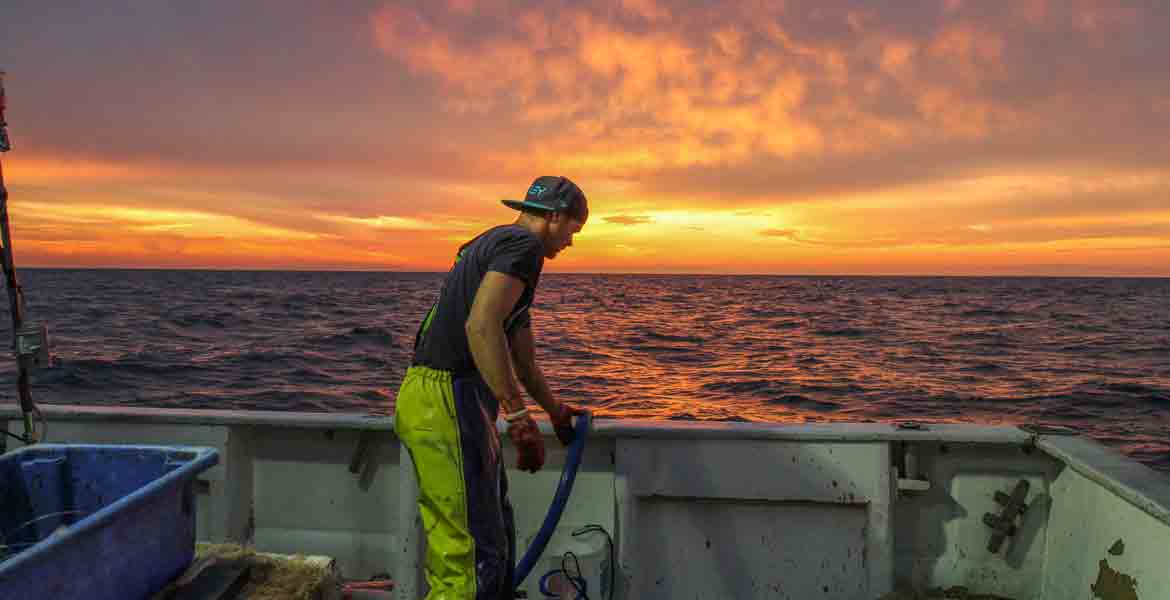 Updated Research – Why do People with these Seven Names hold A THIRD of UK’s Top Jobs?

New research from Stormline has found that not only are women put off so-called male-orientated jobs, there’s a lack of representation across the UK’s top management positions too, with just 6% of top jobs at the UK’s biggest firms belonging to women.

In fact, THERE ARE MORE PEOPLE CALLED ANDREW than there are women holding chief executive roles at the UK’s biggest firms.

Further more, a third of the UK’s top jobs are held by people with one of these seven male names.

Like a boss – spread of names across UK board rooms.

Safety is the biggest factor in attracting, or failing to attract, women into the commercial industry, new research conducted by Stormline has found.

We polled more than 1,000 women to find out their attitudes to working in traditionally male-dominated industries such as commercial fishing as a follow up to our recent research into so-called “manly jobs.” The results were interesting to say the least.

Foul Weather Not A Problem For Women

The work environment is more influential than the job itself in attracting female talent, but only 15% said the unpleasant conditions associated with a job at sea would put them off.

According to the study, military and marine jobs are perceived as the most dangerous. Macho environments, such as those in the construction industry are also an off-putting factor.

The factor most likely to put a woman off a career in a male-dominated industry generally (taking in all ten ‘manly’ industries in our previous study) is the macho atmosphere.

Pay levels, wording on job adverts and being asked to carry out boring work were found to be less off-putting.

Brewing (41% identified ‘macho atmosphere’), construction (40%) and security (26%) were the industries where macho environments were the most off-putting factor.

Military (53% identified ‘safety’ ), marine and fishing (39%) and intelligence (31%) were the industries perceived as being the most unsafe. 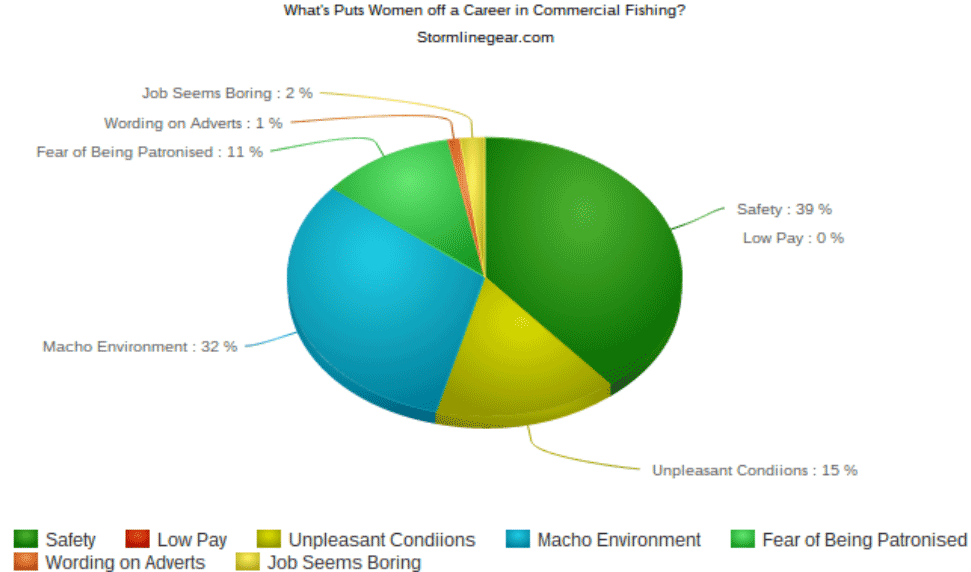 Genevieve Kurilec McDonald is captain of Hello Darlin’ II, based in Stonington, Maine. She believes women provide a balancing presence in the macho, often dangerous world of commercial fishing.

“While there is an inherent risk in all marine-based industries, advancements in safety and navigation equipment have helped to mitigate some of that risk. In my experience women tend to be more safety conscious and detail oriented, which makes us an excellent asset to any crew working in a dangerous occupation.

“There will always be men in society who are patronizing towards women. The camaraderie found in the majority of the commercial fishing industry far outweighs the petty few who do not recognize the capabilities of women employed in marine occupations. If you do your job, put in your time and take care of your vessel you will earn the respect of your fellow fishermen, gender notwithstanding.

“In the past decade I have seen a tremendous increase in the number of women working in the commercial fishing industry, not only as captains and crew, but also in marine science, wholesale distribution and fisheries management. I would like to see more programs and opportunities that encourage women to consider marine-based occupations.

“I would advise any woman considering a career in a male-dominated industry to connect with women already working in that field. I have found great inspiration and support from other women in the commercial fishing industry.

“Commercial fishing is one of the few male-dominated occupations that guarantees equal pay, the catch is worth the same price on the dock regardless of the gender of the captain.”

Top Ten ‘Manly’ industries and their most unattractive characteristics

Regan McMillan, director of Stormline believes so-called ‘manly’ industries need an injection of female talent. “Safety fears, especially in the marine industry where Stormline operates, drive away lots of talented professionals, both men and women. While the marine industry in particular isn’t for the faint-hearted, technology has changed dramatically over recent years and safety has improved a lot.

“I would encourage anyone, male or female, considering a marine career, to speak to people currently working at sea to get their take on it. Social media is great for this and if it helps increase the number of women in our industry, that’s only going to be a good thing.